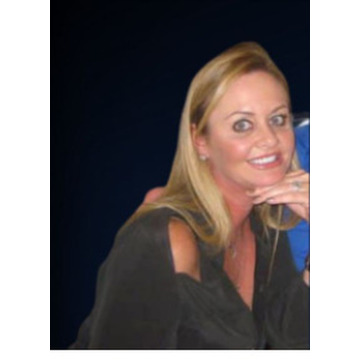 Amanda JaneFRANCISIt is with a heavy heart that I have to inform you that Amanda has passed away. She was born and grew up in Manchester and even before she left school worked in the Steiner Salon in Manchester as a Saturday Shampoo Girl. After leaving school in 1982 she became an apprentice and she worked full time for Steiner in the Manchester area. Amanda had her own idea of where she was going and was transferred to The Maritime Division. It wasn’t long before she became a Manager. Not only was she a wonderful salesperson, an incredible manager and motivator, but she was able to teach her skills to others. By 1989 she was promoted to Director of Training at Steiner Maritime. In 1996, when Steiner Leisure Limited became a public company, Amanda, as SVP Operations, having moved to Miami. She was visiting every ship, sailing on most of them, still combining this with overseeing training in Miami and London where she would run seminars on sales and boosting revenues. In 2010, she reluctantly gave up the position of SVP at the time of the birth of her beautiful twins, Sebastian and Oliver. She still continued for some time to visit Steiner ships’ salons to help with training and motivation She moved to St Andrew’s, Boca Raton to concentrate all her efforts to being an incredibly devoted and loving mother to her wonderful boys. We will all miss her very much. She made a significant difference to all of the lives of the people she came into contact with. Her parents, Valerie and David, will miss her terribly, as will her brother Mark, whom she always admired, his wife Anne and his three sons, Edward, Will and George, whose Godmother was Amanda. Amanda was a beautiful lady and inspired so many of us throughout her journey. Our hearts go out to all of her family and friends. Rest in Peace Amanda. With love from all the Steiner Staff xxxx
Notify me with new activity on this notice
Enter your email address to recieve a notification for any new activity on this notice.
Register today to set up custom notification and save notice's that are important to you.
Just notify me
Register too
Are you sure you want to turn off notifications on this notice?
Stop notifications
Keep me notified
3185 visitors. Published: 22/04/2021
You can share Amanda's
notice with your friends & family
One single share can go further than you think
Tributes left for Amanda
Vicky Schaverien :In 35 years I never met your brother, yesterday we had a lovely...05/05/2021

Left by Tizi Richina:
Peter Wall:I always remember Amanda’s mum Valerie despairing ...25/04/2021
Place Tribute
See all tributes
Leave a tribute for Amanda
Message
Photo
Candle
Finish
Register today to set up custom notification and save notice's that are important to you.
Just leave tribute
Register for free
Change notice background image
Tributes left for Amanda
Report a tribute
Leave your own tribute
Leave Tribute
In 35 years I never met your brother, yesterday we had a lovely conversation and put you to rest peacefully as you deserve. Amanda , I can’t believe I won’t hear your laughter and see your beautiful face, but what I will do is help to keep you in your boys’ memories forever ❤️❤️
Vicky Schaverien :
Comment

Left by Michael O'Connell:
Panda, every day since you left us, I’ve felt a different emotion, today my heart is hurting, I know you knew how special you were to me and my family. I can’t even comprehend that I won’t see you or speak to you again. This is all wrong , we were meant to grow old together 💔

I will miss you every single day and will treasure the memories we had.
❤️❤️❤️❤️❤️
Vicky :
Comment

Left by Tizi Richina:
I always remember Amanda’s mum Valerie despairing at what would become of her when she was leaving school. She then found Steiners and her destiny was set and my goodness didn’t she fly high.
Rip my beautiful friend. Such happy memories of our family holidays ❤️❤️❤️
Peter Wall:
Comment
Search for another notice
Search here