What is the meaning of St George's Day?

Share this blog
Every year on 23rd April, the people of England celebrate St George’s Day, often adorned with white and red clothing, and usually with a pint in hand. But who is St George, and why does he get his own day? Keep on reading and we’ll explore these questions and more together.

Who is St George and why is he the patron saint of England? 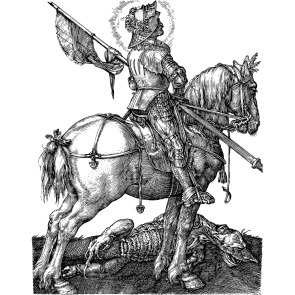 Most people hear of Saint George and think he’s ‘that bloke that slayed the dragon’, but the first record of that particular part of his mythology was first recorded some 800 years after he had actually died in 303AD. He was a Christian man who was born of Greek Christian parents, and who served as a soldier in the Roman army. During his time serving the Roman Emperor, pressure was put upon George to recant his Christian faith and accept the Roman faith of the time. Upon George’s refusal, he was executed and became a martyr for the Christian faith.

What traditions do we have on St George’s Day?

There really are no great long standing traditions for St George’s Day that we can still draw from to celebrate. Obviously the Saint George’s Cross is used for the English flag, so for the week surrounding 23rd April you will usually see an abundance of red and white flags and bunting draped across every pub you pass. Historically a great feast would be called upon to help celebrate the day, although this has gone the way of Saint Patrick’s Day in recent years and the food has been replaced with a liquid lunch.

Typically any Saint George’s Day fetes or festivals would be marked with any and all things deemed quintessentially English, such as morris dancing, a Punch and Judy show, and an afternoon tea with those tiny cucumber sandwiches and a pot of tea.

Do you have any Saint George’s Day traditions? Let us know in the comments below if you do!

If you want to learn more about Saint George, then stgeorgesholiday.com is a great place to start.

Follow funeral-notices.co.uk on social media to see when new articles are published: